I'm really loving this free App for the iPad - http://flipboard.com/.
It presents Facebook, Twitter and other stuff as a magazine feed which makes it so much easier to read. Also makes it very easy to get to the original story. Still hampered by the iPads lack of support for Flash when the obect is a Flash video or game though.

The title screen rotates photos from your feeds: 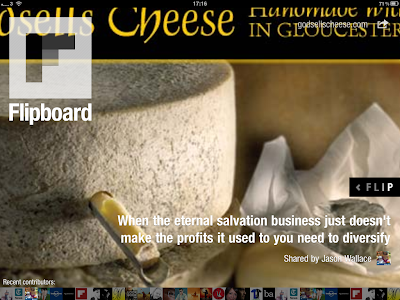 The contents page gives you a summary of your feeds and again rotates the stories: 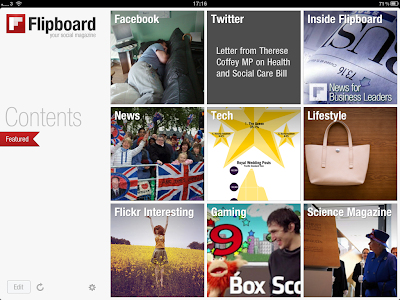 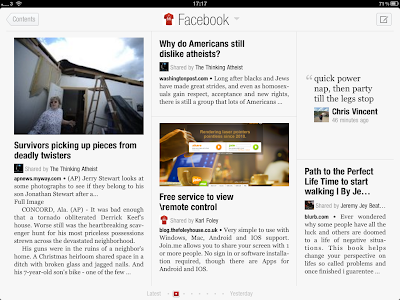 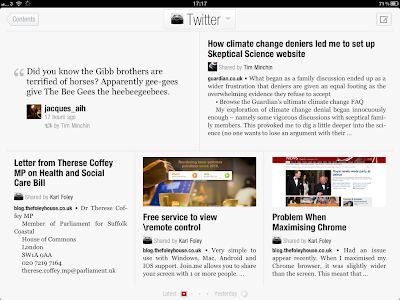 Posted by Karl Foley at 5:29 pm No comments:

Email ThisBlogThis!Share to TwitterShare to FacebookShare to Pinterest
Labels: iPad

Dr Therese Coffey MP
Member of  Parliament for Suffolk Coastal
House of Commons
London
SW1A 0AA
020 7219 7164
therese.coffey.mp@parliament.uk
07 April  2011
Dr Mr Foley,
Thank you for contacting me regarding the Government's Health and Social Care Bill.
The Government's plans to modernise the NHS retain the underlying principle - to ensure everyone is provide with great healthcare, free at the point of use and based on need and not ability to pay.
However, when the NHS faces the twin pressures of an ageing population and of advances in medicine, we must always be looking to modernise and improve our NHS services, starting now.
Additional funding was put in over the last 13 years and at the last election, the Conservative Party was the only party to pledge real increases for the NHS budget each and every year of this Parliament - and we have kept that pledge.
Despite the years of extra funding, productivity in hospitals has declined by 15 per cent over the previous 10 years. Despite the best efforts of its staff, the NHS doesn't achieve the best outcomes. Someone in this country is twice as likely to die from a heart attack as someone in France, survival rates for cervical, colorectal and breast cancer are amongst the worst in the OECD and premature mortality rates from respiratory disease are worse than the EU average. Despite previous reforms, the number of managers in the NHS doubled under the previous Government and whole tiers of bureaucracy continue to restrict the decisions of doctors and nurses.
The new Health Bill will give responsibility for the majority of the NHS budget to frontline family doctors - instead of remote Primary Care Trusts - so that they can shape services according to the needs of the patients they see every day. This key change to the bottom-up, patient-centred approach in the NHS was in the Conservative Party manifesto and in the Coalition Agreement.
The changes we are making are clear:
As a result of these modernisation plans, the NHS will be able to save £5 billion by reducing the unnecessary administration in the NHS over this Parliament. Because the Government is protecting the NHS budget, all of these savings will be reinvested where they should be - in treating patients.
We are making real progress:
But we also recognise there are some big questions about what we're doing. Patients and carers want to see how our changes will improve services for them. Doctors and nurses are asking about what are plans will mean for them. We hear that - and we want to continue to work with them.
Concern has been expressed on timing and suggestions are being made that GP commissioning is untested. This is not the case. GP commissioning already exists today and there are a large number of doctors across Suffolk who have formed consortia as Pathfinders. Learnings will be taken from them and used across Suffolk and the country to make the transition.
Now that the Health and Social Care Bill has successfully completed its Committee stage in the Commons, we're going to take the opportunity of a natural break in the legislative process to pause, listen reflect and improve. This is a genuine listening exercise: where there are good suggestions to improve the legislation and the implementation of our plans, changes will be made.
The Government is shortly launching a website - www.dh.gov.uk/healthandcare - which will allow everyone to have their say. A series of events will be staged to hear from the NHS directly and a team of frontline doctors and nurses are to be recruited to act as expert advisers - the NHS Future Panel - on our modernisation plans.
I can assure you that this is not about the NHS being privatised or other incredible suggestions. It is about having an NHS that truly puts the patient at its heart, has confidence in GPs making clinical decisions and together deciding how tratment can and should be made.
Yours sincerely,
T. Coffey
Posted by Karl Foley at 5:12 pm No comments:

Very simple to use with Windows, Mac, Android and IOS support. Join.me allows you to share your screen with 1 or more people. No sign in or software installation required, though there are Apps for Android and IOS.

The presenter (on a Windows PC): 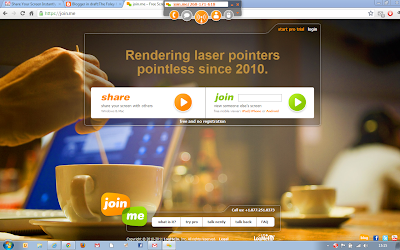 Joining (from an iPad): 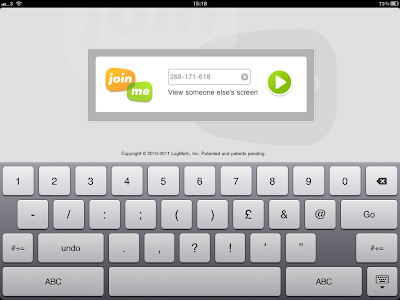 In action on a PC: 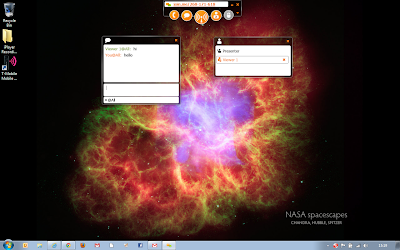 In action on an iPad: 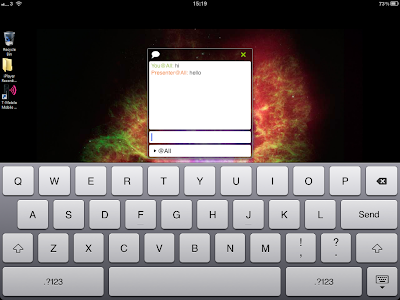 Posted by Karl Foley at 3:28 pm No comments:

Had an issue appear recently. When I maximised my Chrome browser, it was slightly wider than the screen. This meant that the wrench icon slightly moved off the screen, but more importantly, the right side vertical scroll bar was positioned off the screen. I could resize it manually, but this was just slightly inconvenient.

This is how it looked: 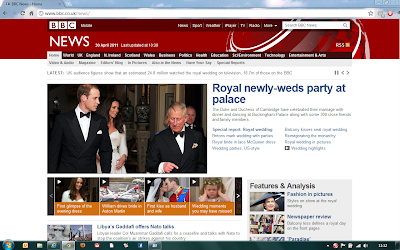 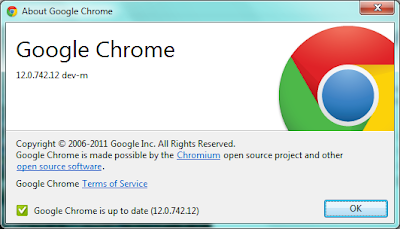 I discovered that removing the theme caused the browser to behave as expected: 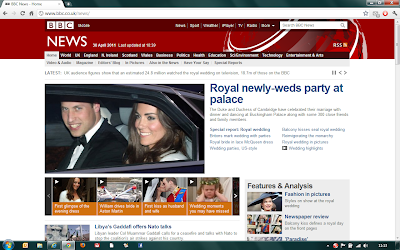 I had some problems connecting my trial iPad to the Office 365 beta. I put all my credentials in but the iPad kept prompting for a server. I entered the server name as used by the Outlook account, but this didn't seem to work. Seems that m.outlook.com has now worked fine.

Another misuse of data gathered from members of the public. The reported case was in the Netherlands, but I wonder if the same case is true in the UK?

You can find a statement from TomTom here:
http://www.tomtom.com/page/facts
Posted by Karl Foley at 8:47 am No comments:

We're currently looking at WAN acceleration products, particularly virtualised ones.
Here's a video on the Steehead appliance from Riverbed:
http://blog.riverbed.com/2010/07/demo-video-how-fast-is-virtual-steelhead-compared-to-the-steelhead-appliance.html
Posted by Karl Foley at 10:04 am No comments: 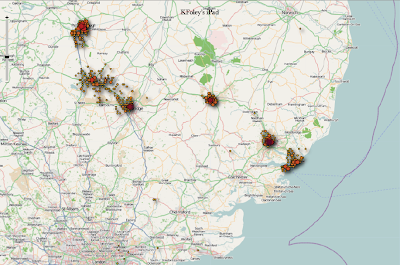 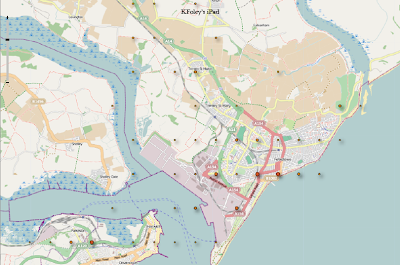 I'm having to move each post by hand, and after about 50 or so I get hit by Captcha word verifications:

Many, many, people use DropBox to share files between computers and each other.

I think you seriously have to question a service whom have access to the encryption keys of these files and can release them without the judgement of a court, indeed, even to protect thier own "property" rights.

Apparently this is a recent change, and you can read the DropBox privacy policy here.
Posted by Karl Foley at 7:55 pm No comments:

Location:ASDA in Ipswich
Posted by Karl Foley at 11:34 am No comments:

Trying to transfer my posts from http://cs.thefoleyhouse.co.uk to here...
Posted by Karl Foley at 10:49 am 1 comment:

Installed some Windows 7 Professional VM's to find that they had defaulted to KMS licensing.

It was relatively easy to convert from KMS to MAK with the following command lines:
Thanks to this post for most of the help:
http://social.technet.microsoft.com/Forums/en/winserversetup/thread/1db5b305-510c-4800-ab1f-e0647cc8a877
Posted by Karl Foley at 1:42 pm No comments: