Extra space on Dropbox for free

If you want cloud storage, then Dropbox will give you 2GB for free.
In fact, if you sign up using the below link, both me and you will get extra space.

- Posted using BlogPress from my iPad
Posted by Karl Foley at 7:07 pm No comments:

I've blogged on this before, but a new update seems to allow control over how much location information your iPad or iPhone collects. Here's what I collected using iPhone Tracker before the update was installed: 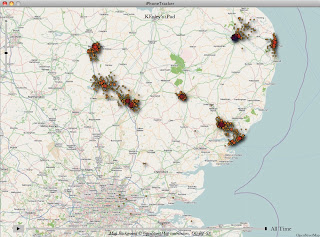 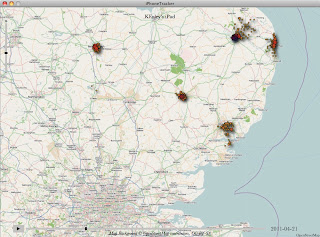 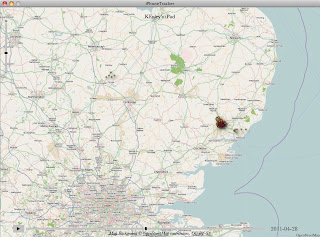 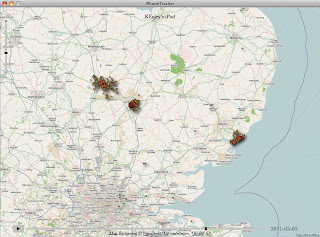 When I connected to iTunes ﻿today I was offered IOS update 4.3.3: 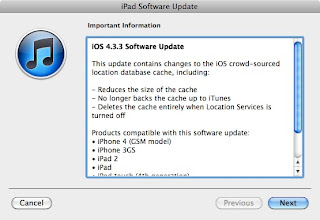 I've not verified the last statement as I use the location services a lot, but iPhone tracker certainly can't see the locations in the iTunes backup now:

I'm also not sure if this is new. The Location Services option in Settings shows an arrow next to any application that has used location services in the last 24 hours: 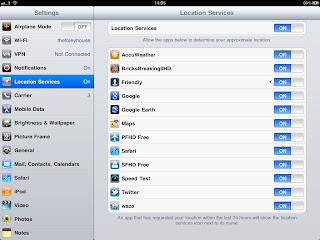 Posted by Karl Foley at 4:44 pm No comments:

Nice result! I think one Liberal Democrat stood down, and the other two lost thier seats.
I would have preferred to have had a choice of candidates other than the the three major parties.
I'd be prepared to vote for an independent candidate or some of the minor parties...

Email ThisBlogThis!Share to TwitterShare to FacebookShare to Pinterest
Labels: Politics

All posts transferred from old Blog

I've now transferred all my posts (by hand!) from the old blog to this one.

Next steps are to transfer selective comments over and then create some permanent redirects from the old blog to here.

I guess I'll leave these redirects on for a few months before I then trash the old blog completely.
Posted by Karl Foley at 9:10 am No comments:

I'm not sure this review is completely fair, and I've yet to get my hands on a Playbook to see for myself. This guy sure didn't like it though:
http://www.infoworld.com/d/mobile-technology/rim-blackberry-playbook-unfinished-unusable-534

The requirement to have a Blackberry isn't going to be so bad if you already have one for work though? The Playbook just gives you an alternative presentation method for you existing data. I don't currently like duplicating my email accounts across all the devices I use anyway.

Posted by Karl Foley at 8:09 am No comments:

Posted by Karl Foley at 8:00 pm No comments: